Stressed Out by the Hormone: Cortisol - Runners Edge Physio Skip to content

Looking for an appointment today or tomorrow? Openings within 24hrs will not show on the online schedule. Please give us a call- We are happy to get you in as soon as possible!"

Stressed Out by the Hormone: Cortisol

Cortisol is good to some degree because it encourages that ﬂight or ﬁght and encourages the body to be hyper-aware to adjust, adapt, and function at a higher level. But once we have too much cortisol in our body and brain, especially at a chronic level, it can be detrimental to our brain and physical health, aﬀecting primarily at our ability to rest and recover.

Interestingly, women in the mornings have elevated cortisol levels to wake us up, naturally, because it’s our physiology. In men, elevated cortisol also wakes them up, but they also have elevated testosterone in the mornings. With high testosterone, men may appear to be energetic, talkative, focused, competitive, and conﬁdent. They can start the day with work, a workout, or activity fasted. They’re in an anabolic state and they thrive. Women are the opposite. With elevated cortisol, they need more time to wake up, have quiet time, have some carb/sugar morning snack to lower the cortisol level, and ease into their day then they’re able to go on and take over the day. Sound familiar?

So what happens when we don’t lower those cortisol levels and it stays elevated all throughout the day? It aﬀects our brain processing center, our female hormone levels, and our ability to rest and recover appropriately from yesterday’s workout. Female athletes may enter into a state of low energy availability (LEA), chronic catabolism state, chronic fatigue from overtraining, and alter their body composition. For most, cortisol increases the fat storage in the belly area, men and women. For some, cortisol and constant exercising may prevent protein synthesis and muscle-building capability.

See the picture below to recognize the diﬀerence between a female athlete in the overtraining state with low energy availability (LEA) and an abrupt menstrual cycle for four years. Then compare that to the right, a true female athlete who knows how to balance training with rest and recovery, how to mitigate stress, and how to fuel up with appropriate nutrition for optimal muscle building, strength, performance, and encourage normal female physiology around the menstrual cycle.

We hear many diﬀerent ways of how to mitigate cortisol levels to keep the female physiology functioning at optimal levels. Yoga, meditation, sleep, rest, adaptogens, and fueling up with increased nutrition all are critical components to get the female athlete out of the Low Energy Availability and Relative Energy Deﬁciency in Sports (REDS).

Understanding how cortisol aﬀects the body and downregulates the female hormones of estrogen and progesterone is half the battle in recovering from a chronic state of stress, LEA, and REDS. Females have to train diﬀerently from men. Females have to separate themselves from comparing their own nutritional intake to their boyfriends or guy-friends. Females have to separate themselves from comparing their own size and training to other female athletes as we all are very diﬀerent and we run on our own hormonal cycles every month. Those female cycles and hormones rely on diﬀerent schedules of training, recovery, nutrition, and schedule to lower the cortisol and elevate our performance than men do. It’s hormones. It’s physiology.

Cortisol is Good ONLY up to a certain extent!

Let’s talk about Adaptogens… What is it? Mushrooms.

Is it good for Peri & Post-Menopause?

Which adaptogens should I go for?

o Very eﬀective for jet lag, brain fog from peri- & post-menopause, low sleep, and the times of your life where you need to be at par in your focus, traveling a lot, or feeling severely stressed.

Stay Tuned on our Social Media @runnersedgealaska to ﬁnd out what Adaptogens sources Natalie and Zuzana like to use! 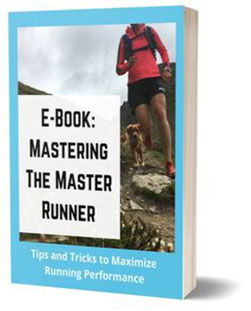 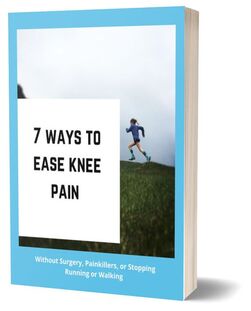